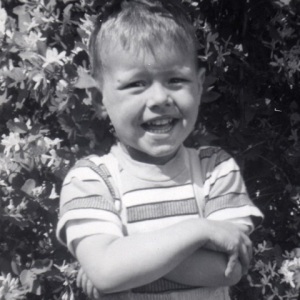 I started as a gardener in my parents backyard. I studied fine arts at the University of Calgary. I spent some time in Arizona at Arcosanti, studying the urban design theories of Frank Lloyd Wright and Paulo Soleri. I returned to U of C to study architecture, urban design and environmental design. While I was there, I was introduced to the work of Jane Jacobs and Christopher Alexander. Though my education was an extensive progression from art, to architecture to urban design, almost all the sensibilities I have retained, I developed as a gardener. I remain humbled by the forces that compel life, and inspired by patterns that determine growth.

My interest in the way things grow led me to a study of growing cities. As a young student, I started to develop models that would predict how individual urban development projects would behave over time. I thought there was a need to do realistic projections, independent of hype generated by real estate developers. I still think this.

These models have taken a long time to develop. A models projections must be tested using real developments. This takes about ten years. Then the model is refined and tested again, and again. There are three models; a psychological model, a structural model and an economic model. These models can, with a good deal of accuracy, predict the behaviour of people around a development, the influence of a development on urban growth and the effect of a development on the local economy.

After a number of successful trials, I started to use the models to inform my own designs. These models have resulted in a very different approach to urban planning. I believe I am developing techniques that will fundamentally change the way urban planning is done.

I am creating a design process that works in concert with forces that already shape successful urban environments. It is creative, inclusive, flexible and very powerful.

The ‘inclusive’ bit of the process is where you come in. Unlike other types of design efforts, the results tend to improve as the number of people who have input increases. This blog might become a means by which you contribute to this urban planning process. I’m hoping that your submissions can be channelled towards creating a planning document like no other. I need you to present concerns and issues, provide solutions and discuss results in an open ended design charette or planning workshop on the internet. Everyone respects every other point of view, all ideas are considered and every argument is part of the construction of an Unofficial Community Plan (UCP) that can eventually replace the official one.

For now, I’m just like every gardener. I’m planting a seed, hoping it will grow, expecting to be delighted by the result, knowing, whatever the result, life is good.

I left Calgary for the Planning Department at the City of Edmonton where I established and headed the Information Section. I subsequently became a Senior Analyst with the City’s Management Studies, Systems and Budget Department and served as the initial Director of the city’s award winning Geographic Information System. This project involved extensive cooperation between the city’s Planning, Assessment, Engineering and Utility departments at a time when Edmonton operated its own Power and Telephone companies. I was later promoted to Manager of all Land Information in Edmonton’s Computer Department, managing some 60 permanent and contract staff.

Following six years with the city I moved to private industry, first as the Manager of a start-up computer mapping concern and later as a private consultant. As a consultant I have worked with the Province of Alberta, the City of Vancouver, the United Nations Development Program and the Government of Singapore, The Inter-American Development Bank and the Government of Jamaica, and for the United Nations Office for Project Services in Bosnia.

We moved to Nanaimo in 1989 as my wife, Inge, took a job in the Anthropology Department at Malaspina University College. In Nanaimo, when not working overseas, I have worked with various grassroots start-up organizations. I sat on the City’s Advisory Committee on the Environment (ACE) for three years and worked for a year with MISTIC, the Nanaimo Chapter of the Science Council of British Columbia. I have been a member of the Friends of Plan Nanaimo since its inception and previously served on its executive.

I have, at various times, been a member of the NDP, the Conservative and the Liberal parties, drawn by outstanding individuals. I have not been a member of any political party for some time and owe no political debts in any particular direction.

Over the years I have spoken out at Council Meetings and in Letters to the Editor on issues which I think are important for Nanaimo.

Ron Can be reached at: rlbolin@telus.net

50ish, 6′ tall, long greying hair. KIDDING Folks. The aforementioned is true but perhaps something more descriptive is appropriate. I have been an outspoken community and social activist in Nanaimo for over a decade working with a number of different groups and organizations over the years.  I believe strongly in a person’s right to freedom of speech provided they do not intentionally set out to hurt in doing so. I intensely dislike closed mindedness and racism and belive that everyone, no matter their current situation, has the potential to benefit society.